Steve Wilder occupies the position of the current National Technical Sales Engineer at Patol Fire Detection Solutions. He has been a part of the company for nearly 9 years. 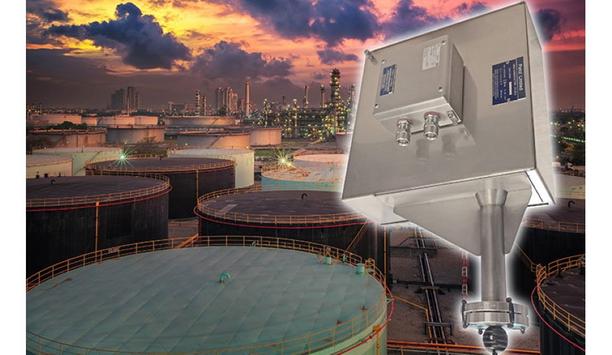 The UK site of one of the world’s renowned producers of petroleum has selected Linear Heat Detection Cable (LHDC) from Patol Fire Detection Solutions (Patol) to protect its floating roof tanks. The site in the south of England is the latest in a long line of worldwide petroleum production facilities to opt for the Patol fire detection solution. With atmospheric storage tanks used to store highly flammable products, finding an effective way to prevent what could be the catastrophic consequences of a fire is a fundamental requirement. The most common cause is worn or damaged rim seals on the floating roof of the tank. By mounting Patol’s LHDC above the rim seal, an alert is provided should any leaked vapor ignition occur. By linking this to a suppression system, an immediate response can be triggered to any fire condition. Linear Heat Detection Cable In this application, Patol’s 70-degree digital Linear Heat Detection Cable (LHDC) was selected by Mecsol, a Bristol-based company that undertakes work nationally, with particular experience in the hazardous area sector in the United Kingdom. The installation included a stainless-steel braid around the two-core cable to provide further protection by creating an earth for any lightning strike or static electricity issues. To allow full movement of the floating roof, a cable reeler was installed at the top of the tank, with the cable connected to the stainless-steel junction box located on the floating roof. Cable reeler installed at top of the tank The Patol digital LHDC triggers an alarm for any hot spot occurring over a very small section of the overall cable length The cable reeler automatically uncoils the cable when the petroleum level falls and winds in the cable when it rises, with the mechanism housed in a stainless-steel cabinet. The cable reeler is certified to IECEx and ATEX standards. The Patol digital Linear Heat Detection Cable (LHDC) triggers an alarm for any hot spot occurring over a very small section of the overall cable length. While LHDC is widely used in many different applications, it is particularly suited to those with harsh environmental conditions and in hazardous areas. Open Circuit (Fault) and Short Circuit (Fire) notification The cable is recognized as a ‘simple apparatus’ and is connected to an intrinsically safe (IS) barrier to ensure safe operation in potentially explosive atmospheres. Ease of routine maintenance through fire and fault testing is provided via a stainless-steel switch mounted outside the tank. The LHDC is continuously monitored and provides Open Circuit (Fault) and Short Circuit (Fire) notification to a monitor located in the site’s control room. Steve Wilder, UK & Eire Technical Sales Engineer at Patol, said “This is an excellent example of how LHDC can provide a reliable and yet cost-effective solution to preventing fires in floating roof tanks. It is already widely adopted throughout the world and, alongside Petrochem facilities, is providing protection in applications ranging from cable tunnels and escalators to road and rail tunnels, cold rooms and warehouse high rise pallet racking.” 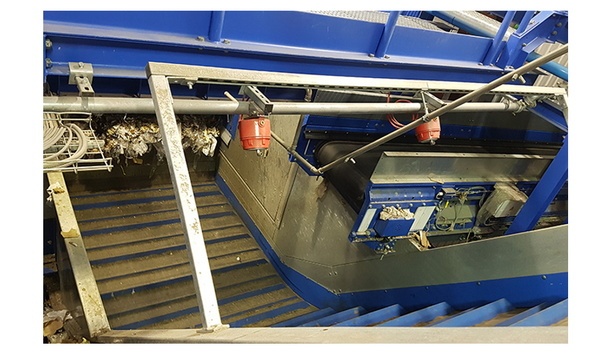 The vital role that infra-red transit heat sensors can play in protecting waste management sites from the threat of fire has been illustrated by an incident at a dry mixed recycling (DMR) plant. The nature of waste recycling means that the range of materials being processed is varied. In this case a 18v lithium ion battery was shredded, with the resulting damage causing the battery to arc. With no protection fitted to the shredder outfeed, the battery was carried into a dosing bunker where it continued to spark. This ignited some of the flammable materials within the bunker, resulting in a series of small smoldering fires. Thankfully fire protection measures had been installed by Blazequel, a company specializing in fire protection through its UK head office in Bedford and a satellite office in Londonderry, Northern Ireland. infra-red transit heat sensor Amongst the industry sectors in which Blazequel operates is recycling and waste management, with the company having a wide-ranging knowledge and experience in the particular fire safety challenges of such environments. For this site, Blazequel had recommended and installed an infra-red transit heat sensor from industrial fire protection specialist Patol. This proved to be an insightful choice since, as there were no flames in the dosing bunker, the flame detectors and water deluge protection system in the bunker did not activate as the heat generated by the sparking of the battery and the smoldering nature of the fires it generated had insufficient energy. However, on the dosing bunker outfeed, where an incline conveyor carries materials away from the bunker, the infra-red transit heat sensor was installed to provide additional detection. connected water deluge system If the Infra-Red Heat Detectors had not been in place, the battery would pass into ballistic separator" As soon as the battery passed onto the conveyor, the risk was detected and the connected water deluge system activated to extinguish the fires. Keith Picton, Marketing Manager of Blazequel comments – “this decision to provide what is effectively ember/spark detection was the difference between this being a minor incident that was automatically dealt with effectively and what could easily have turned into a major fire." "If the Infra-Red Heat Detectors had not been in place, the battery would have passed into the ballistic separator, and then subsequent separators, with the potential to result in a serious fire in one of the final storage bunkers when it came into contact with the material stockpile.” positive air pressure Steve Wilder is a Project Engineer with Patol and adds – “Waste management process lines are particularly high risk when it comes to fire. Over a period of just 3 years, an average of more than 300 fires a year were recorded in UK waste and recycling plants and that is a conservative estimate as many smaller incidents go unreported. As these plants are dirty and dusty environments, our infra-red transit heat sensors feature air purging from either a compressor or a blower. This maintains a positive air pressure across the sensor window to prevent dust settling and impairing performance.”