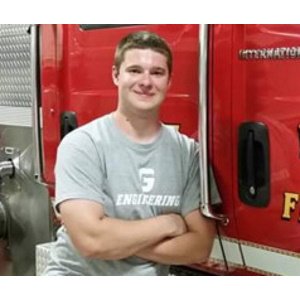 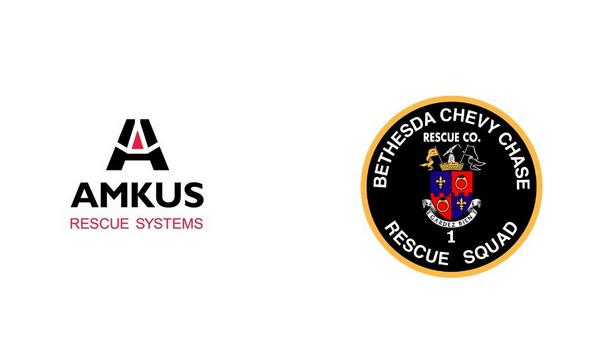 Rescue Squad 741B and Chief 741F from Bethesda-Chevy Chase Rescue Squad, along with other units from Montgomery County Fire and Rescue Service, were dispatched to the inner loop of the Capital Beltway between Connecticut Avenue and Georgia Avenue for the reported collision, possibly involving an overturned tractor trailer. Initial arriving units found a jackknifed tractor trailer with the cab overturned and heavily damaged. The sole occupant was determined to be severely pinned and barely visible on arrival of the units. Portable simo pump As Battalion Chief 702 established the Command, Chief 741F assumed the roll of the Extrication Group Supervisor working with Rescue Squad 741B and Truck 716 to devise and execute the stabilization/extrication plan. All tools on board Rescue Squad 741B were put to use. An additional 2 Amkus rams were connected via a portable simo pump Crews deployed and utilized 4 pre-connected Amkus tools including 2 heavy-duty cutters, 1 spreader, and 1 ram. An additional 2 Amkus rams were connected via a portable simo pump and also simultaneously utilized. Crews worked on extricating the driver for approximately 40 minutes before he was freed, transferred to the waiting EMS crews, and transported as a Priority 1, Category A trauma to the local ED. Providing assistance to incident They just received word this week of the extent of the drivers injuries upon arrival at the hospital. He was stabilized in emergency surgery that day and has undergone several other surgeries since. He has currently been transferred from the ICU to a step-down unit and is expected to make a full recovery. This was an excellent job by all units involved and was made possible by the use of the suite of Amkus tools carried on board Rescue Squad 741B. People involved in providing assistance to the incident are Battalion Chief Keith Stakes, Extrication Group Supervisor Master Firefighter Steven Solomon, Rescue Squad Officer Captain Leo Ruiz, Rescue Squad Technician Firefighter Andrew Knight, Rescue Squad Firefighter.