Reese Mozer occupies the position of the current Chief Executive Officer and Co-Founder of American Robotics. He has been a part of the company for over six years. 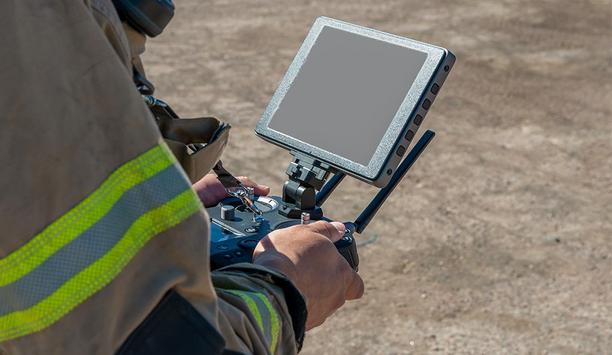 The U.S. Federal Aviation Administration (FAA) has approved deployment of fully automated commercial drone flights, paving the way eventually for new and expanded uses of unmanned automated vehicles (UAVs) in a variety of applications - including the fire market. The approval is narrow in scope and applies to a single company - American Robotics Inc., which petitioned the change. Reese Mozer, the CEO and Founder of American Robotics, has predicted a $100 billion market to provide drone services in a variety of industries. However, FAA restrictions have historically limited their use. Among other benefits to the fire service, drones can provide situational awareness, guide emergency response, and perform dangerous duties while keeping fire personnel safe. unmanned aircraft system Line-of-sight operation with an operator on the ground nearby - typically within less than a mile - have been a requirement for flying any drones. Allowing expanded operation beyond the line of sight and remotely from an offsite location “is critical for the industry to truly take off,” says Lisa Ellman, Executive Director of the Commercial Drone Alliance and a lawyer for petitioner American Robotics. Drones will be allowed to fly along planned routes, limited to altitudes below 400 feet (122m) and in rural areas Under the exemption granted to American Robotics, drones will be allowed to fly along planned routes, limited to altitudes below 400 feet (122m) and in rural areas. The FAA will allow them to have a maximum takeoff weight of 20 pounds (9 km). The petitioner asserts it will only use remote pilots who hold a Remote Pilot Certificate with a Small UAS (unmanned aircraft system) rating to conduct operations. The petitioner will designate a remote pilot in command (PIC) for each flight. reduce environmental impact The FAA will gain insights from observing the operations under the newly granted exemption. Specifically, American Robotics’ proposed operations will provide the FAA with data for use in evaluating operations beyond the visible light of sight (BVLOS) from offsite locations. Once adopted on a wider scale, such a scheme could lend efficiencies to many of the industries that fuel the economy such as agriculture, transportation, mining, technology, and non-durable manufacturing, according to the FAA. Moreover, the operations will achieve a reduction in environmental impact, as they will involve a small aircraft carrying no passengers or crew, rather than a manned aircraft of significantly greater size. Given these considerations, the small UAS operation the petitioner will conduct under this exemption is in the public interest, says the FAA. visual meteorological conditions American Robotics’ Scout drones feature advanced acoustic Detect-and-Avoid (DAA) technology American Robotics’ Scout drones feature advanced acoustic Detect-and-Avoid (DAA) technology that enables them to maintain safe distance from other aircraft. Drones are housed in base stations that allow for autonomous charging and to process and transmit the data they collect from aerial surveys. The company proposes to station the Scout drones in fields at pre-surveyed sites for extended durations, performing flight operations without the need to have a pilot co-located on the site. Operations under the requested exemption would only occur in Class G airspace (1,200 feet or less from the ground) in areas having light air traffic, in daylight visual meteorological conditions (VMC), and would be limited to 400 feet above ground level (AGL). Individual missions would occur within the boundaries of controlled access farmland (or similar rural, controlled access environments) owned or controlled by American Robotics’ customers. permissible deployment of drones It's not a stretch to see how such a configuration could be expanded to wider use of drones to perform missions in areas that are prone to wildfires, for example. Broadening the permissible deployment of drones will drive further implementation of the technology in a host of applications, including those within the fire market.