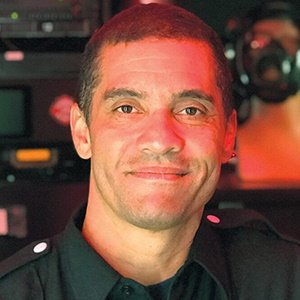 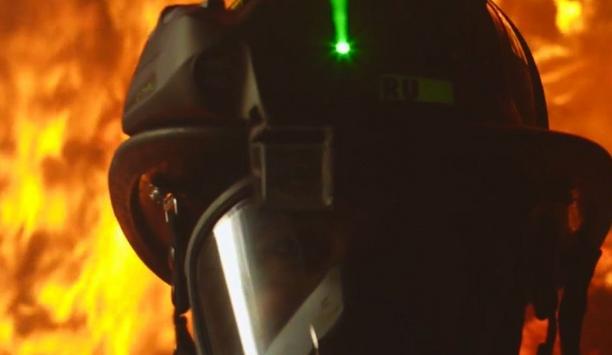 Electronic devices help to manage the flow of information at a fire scene, but how to provide the information that each firefighter needs in a simplified format, which is conducive to high-stress, minute-by-minute decision-making? That’s the mission of Qwake Technologies and their C-THRU platform, which seeks to improve the performance and safety of critical workers, in dangerous environments. C-THRU platform with AI The C-THRU platform simplifies a flood of complex data from multiple sources, distills it using artificial intelligence (AI), and presents firefighters just the information they need, in an easy-to-understand, hands-free format. C-THRU platform combines technologies, such as communications, IoT wearables, thermal imaging and augmented reality (AR), to enable those who work in a hardened fire environment, to see, navigate, communicate and coordinate effectively. Simplifying data streams and real-time information The defining approach is to simplify data streams and present firefighters with visual information “Data can be used to augment the incident commander, but it loses value if it doesn’t first and foremost benefit the firefighter,” said Mike Ralston, Former Firefighter and Chief Operating Officer (COO) of Qwake Technologies, adding “They are the ones inside the fire, who need to see, navigate and communicate.” The defining approach is to simplify data streams and present firefighters with visual information that is easily understood under stress. Rather than a complex stream of data, Qwake Technologies distills various sensory inputs, including thermal imaging, into a simplified format, communicated through a semi-transparent lens, which is attached to a firefighter’s helmet, above the firefighter’s eye. Augmented reality This ‘augmented reality’ combines thermal imaging and other information from multiple sensors distilled into one view, seen as green lines around hard-to-see objects, for example and color denoting just the hottest areas. Sensors and technologies incorporated into the C-THRU system, mounted on a firefighter’s helmet, include thermal imaging, visible light, global position systems (GPS), and WiFi and cellular communications. This information is also streamed to the incident commander outside the fire, to provide a clear view of what’s going on and the location of the crews inside. Enhanced incident response time “The firefighter’s job is to put the fire out and rescue victims, and there is danger and personal risk involved,” said Mike Ralston, adding “If you can quickly walk into a room and see all the way across the room, see where the door is and see a prone body, for example, it eliminates minutes you would otherwise use.” Mike Ralston adds, “It eliminates time finding an exit or preserves minutes for a victim fighting for their lives. During high stress, physically and mentally, that’s when we as human beings make mistakes. The ability to open your eyes enables you to make those decisions quickly.” Hands-free aspect, a game changer for rescue personnel The hands-free aspect is a game changer for firemen, who no longer have to carry a thermal camera The hands-free aspect is a game changer for firemen, who no longer have to carry a thermal camera (in addition to an axe, a hose, or other tools), and who may need to use their hands to support their weight. “Also saving time is the ability to relate immediately the screen image to the surroundings, eliminating the need to mentally realign what’s on a screen to what’s in the line-of-sight. Hands-free allows firefighters to navigate purposefully through their surroundings,” said Mike Ralston. Visual aspect of the system simplifies communication The visual aspect of the system also simplifies communication. Instead of complex radio messaging, visual cues can communicate information faster, for example, a thumbs-up immediately signals that all is well. Firefighters can instantly know the status of everybody in the fire. Thousands of hours of research and analysis about how humans process cognitive loads, is baked into the design of the product. The company has taken expertise in machine learning and neurological reactions to stress and applied it to fire environments. The visual aspect of the system also simplifies communication Beta testing with fire departments C-THRU has also been tested with firefighters, in order to determine what works well and what doesn’t, such as where a certain button should be located. Mike Ralston said, “The system has been beta tested with some of the most well-known fire departments in the United States and abroad. Final revisions are under way and testing will provide the needed durability and hardening certifications. A final product should be in firefighters’ hands in 2022.” Roll-out of technology with ‘forward-leaning departments’ Qwake Technologies has already been approached by thousands of firefighters and departments He adds, “The roll-out will begin with ‘forward-leaning departments’ and those that have the budget and internal political will, to bring their departments into the future of technology.” Qwake Technologies has already been approached by thousands of firefighters and departments around the world, so there is no shortage of demand. The expectation is that after one or two larger departments adopt the system, smaller departments will follow. Mike Ralston further stated, “We have done thousands of hours of testing and field trials. We have heard specific suggestions of elements that are needed, more of this and less of that. We have learned what information is critical and what information is superfluous. We have good affirmation about what’s important and not important.” Data, the future of firefighting The product will need to overcome tendencies in the fire market, to stick with familiar technologies, even if innovation may be lacking. Incumbent companies tend to dominate the market and Qwake Technologies will be looking to breakthrough with a technology to improve productivity and save lives. Mike Ralston feels the compelling nature of the innovation will drive their emergence in the challenging market. He concludes, “Data is the future of firefighting. Now we can fundamentally change how firefighting is done because of data. We are driven by a sincere desire to help individual firefighters.” 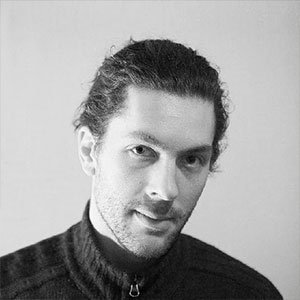