Patricia Sowsbery-Stevens is currently working in the capacity of UK Commercial Manager for DHF (The Door and Hardware Federation). She has previously worked as UK Marketing Manager at the firm. Other key portfolios held in the past include Marketing Consultant at WVSC, Director at APRA Marketing and Marketing Manager at Graphic Solutions. Patricia is an alumus of the prestigious Chartered Institute of Marketing. 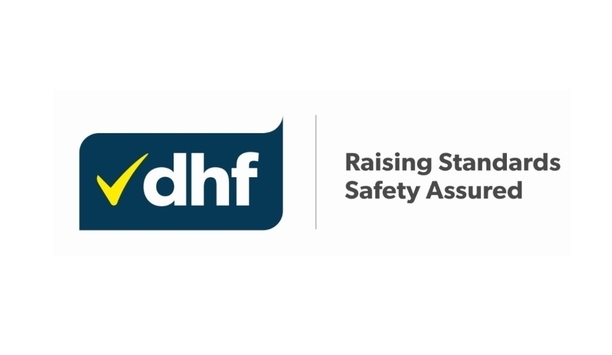 Door & Hardware Federation (DHF) announces it will be hosting two free fire safety seminars in the coming months. Taking place on 11th February and 17th March at DHF’s head office and training academy in Tamworth, the morning seminars will primarily appeal to those with responsibility for compliance, fire safety, asset management and procurement within local authorities and housing associations in the West Midlands area. DHF plans to offer these seminars to those beyond the immediate region, later in the year. Building Regulations And Industry Standards The seminars, both of which start at 09:30am and include lunch, will comprise two presentations. The first, delivered by DHF’s General Manager & Secretary Michael Skelding, is entitled: ‘Fire Safety, some comments on doors and hardware after Grenfell’, and focuses on the outcomes of the initial inquiry, in addition to how the doors and hardware performed. This will be followed by a second presentation delivered by Gerda’s Head of Communications This will be followed by a second presentation delivered by Gerda’s Head of Communications, Fiona Critchley, who is also the Chair of DHF’s Timber Doorset Group. This will focus on the guidance document ‘A Guide for Selecting Flat Entrance Doorsets’ and will highlight the criteria to take into account when specifying a flat entrance doorset, in addition to building regulations and industry standards, referring to the most recent recommendations from the Grenfell Tower Inquiry Phase 1 Report Overview. Free Half-Day Fire Door Safety Seminars Widely considered as the ‘go to’ experts for technical advice, training and raising industry standards, and actively involved in the technical committees of the Industry Response Group, formed in response to Dame Judith Hackitt’s Report: ‘Building a Safer Future’, DHF is well placed to offer these seminars in collaboration with Gerda. The federation also works on BSI Standards Committees, with compliance authorities HSE and Trading Standards as well as fire safety organisations in the UK and Europe. “We are delighted to be offering these free half-day fire door safety seminars for local authorities and housing associations in the West Midlands,” said DHF’s Commercial Manager, Patricia Sowsbery-Stevens. “Uptake on both dates is already high, but DHF has every intention of rolling these out beyond the region as the year progresses. Gerda, which is based in Suffolk, will also play host to the seminars later in the year, but in the meantime, we look forward to welcoming people to Tamworth, from the wider community.” 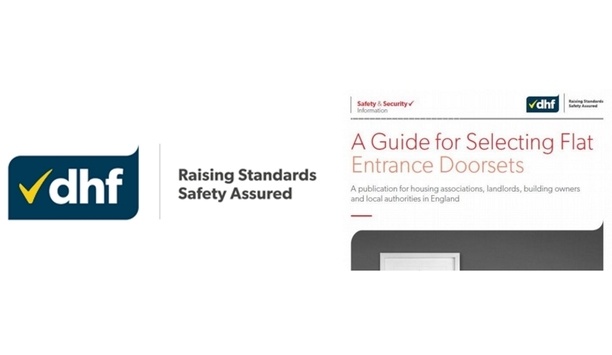 Door & Hardware Federation (DHF) is demonstrating its continuing support for Fire Door Safety Week by holding a series of free fire door safety seminars. The national awareness safety campaign, which took place between 23-29 September 2019, was launched in 2013 in response to a legacy of fire door neglect and aims to increase the public’s understanding of the role that fire doors play in protecting life and property. It is led by high-profile organizations such as the British Woodworking Federation (BWF), the BWF Fire Door Alliance (an evolution of the BWF CERTIFIRE Scheme) and the Fire Door Inspection Scheme (FDIS). DHF’s fire door seminars DHF’s fire door seminars will take place on the mornings of 14th January, 11th February and 17th March next year, and will be presented by the Chair of DHF’s Timber Doorset Group, Fiona Critchley. DHF has been a particularly vocal advocate for third-party certification of manufacture, installation, maintenance and inspection of fire, smoke and security doors, and earlier this year, joined forces with Secured by Design (SBD) and the Fire Industry Association (FIA) to publish a guidance document on flat entrance doorsets titled - A Guide for Selecting Flat Entrance Doorsets ‘A Guide for Selecting Flat Entrance Doorsets’ It is a publication for housing associations, landlords, building owners and local authorities in England, which highlights the fundamental issues of fire safety for those selecting fire doorsets. Those attending the fire door seminars will receive a free copy of the guidance document The federation has, since 2014, also partnered with BRE Academy to offer fire door training courses, together, developing three all- inclusive one-day training courses on fire door safety to offer greater clarity on the regulations and standards applying to fire doors. Supporting Fire Door Safety Week initiative Those attending the fire door seminars will receive a free copy of the guidance document. “We are delighted to continue to support Fire Door Safety Week and hope that our free seminars, which are open to all, will promote awareness and safety, in addition to educating delegates on the pivotal role that fire doors play in protecting lives and property,” says DHF’s Commercial Manager, Patricia Sowsbery-Stevens. She adds, “We continue to stress that the use of fire doors, correctly installed and with robust fire door maintenance procedures, are a key part of fire safety and urge those in positions of responsibility to seek the correct training with regards to installation and maintenance.” 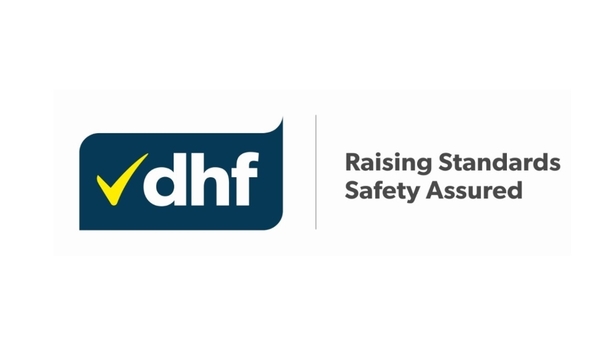 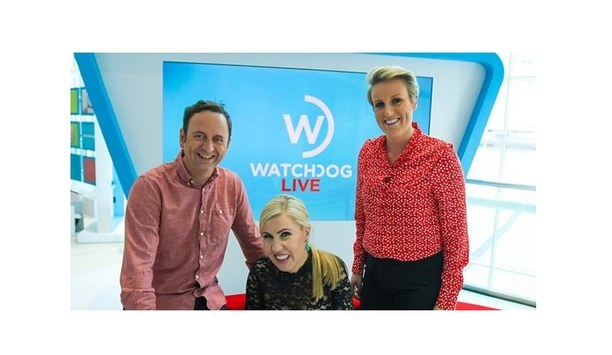 DHF Stresses On ‘Fire Safety To Be Made A Priority In New-Build Homes’, Following A BBC Watchdog Live Investigation

Tamworth-based trade association, DHF (Door & Hardware Federation) is emphasizing the importance of making fire safety an ‘absolute priority’ in new-build homes, following an investigation into potentially dangerous fire safety issues in houses developed by Persimmon Homes and Bellway Homes.  Fire Safety In New-Build Homes The BBC’s Watchdog discovered serious breaches that had gone undetected during the construction process" The findings, by BBC Watchdog Live, highlighted that a number of new builds constructed by the firms were sold with missing or incorrectly installed fire barriers, which are used to form a complete seal between different areas of a home, and prevent the spread of fire. Without them, experts say, fire and smoke can spread five-to-ten times faster. “The BBC’s Watchdog discovered serious breaches that had gone undetected during the construction process, leaving homes and lives potentially at risk in the event of a fire,” explains DHF’s Commercial Manager, Patricia Sowsbery-Stevens. “In many new builds, particularly timber-framed buildings, fire barriers are a vital part of fire protection and we would urge house builders to ‘get it right’ at the construction stage and to have a workforce that is trained in, and understands, the importance of installing the fire barriers required to prevent potential problems down the line. Ultimately, responsibility for ensuring that buildings are compliant with Building Regulations lies with the house builder.” Importance Of Fire Safety Following the investigation, Bellway Homes stated that it was ‘committed to improvement’ with regards to potentially flawed fire safety issues in developments in Kent and West Lothian, and that mandatory training on, amongst other subjects, fire stopping, has been introduced for all relevant construction staff.Following the Grenfell disaster in June 2017, DHF’s voice has been one of the loudest and most passionate in its call for third-party certification by a UKAS-accredited body of manufacture, installation, maintenance and inspection of fire, smoke and security doors, in order to offer complete assurance on their performance. With a history and heritage dating back to 1897, the federation is undoubtedly one of the most revered organizations, widely respected as the industry’s independent authoritative voice.  Fire Door Training Courses DHF works assiduously with BRE Academy to offer fire door training courses Fierce advocates for appropriate levels of training across all the sectors that it serves, DHF continues to place the importance of training firmly ‘up-front-and-center’. The organization works assiduously with BRE Academy to offer fire door training courses; this has been central to its on-going fire safety campaign. Additionally, in March 2019, DHF announced a high-profile collaboration with Secured by Design (SBD) and Fire Industry Association (FIA) to publish a guidance document on fire safety. Named A Guide for Selecting Flat Entrance Doorsets; A publication for housing associations, landlords, building owners and local authorities in England, the publication accentuates the key issues of fire safety for those selecting fire doorsets, recommending all fire doorsets are factory-prepared (as opposed to prepared on-site), that all work be completed under factory production control, and in addition, audited by a third-party.  Fire Doors “Since Grenfell, the wider issue of fire safety has been thrust into the spotlight and we are delighted that progress is being made in this regard,” said Patricia. “We continue to stress that the use of fire doors, correctly installed and with robust fire door maintenance procedures, are an essential part of fire safety and urge those in positions of responsibility (such as house builders) to ensure that they are not only fulfilling regulations, as well as legal and moral obligations, but insisting upon appropriate levels of training with regards to installation and maintenance.” 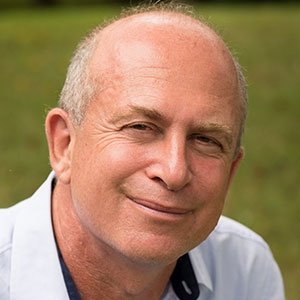 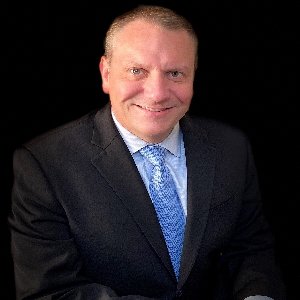