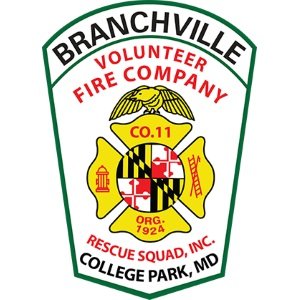 Mitchell Federman is the Lieutenant at Branchville Volunteer fire Company 11. 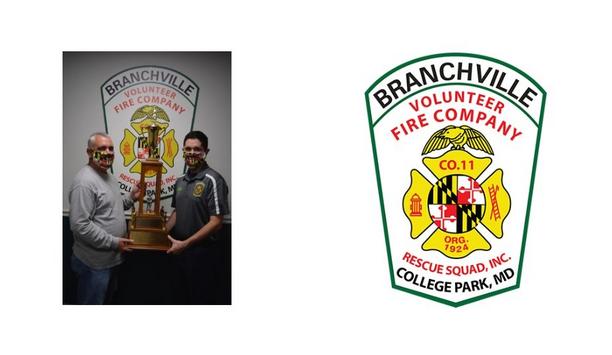 Members of Company 11 attended the Annual Prince George’s County Volunteer Fire & Rescue Association meeting. Company 11 received the Firemen’s Training Robert ‘Bruce’ Criswell Single Station Memorial Trophy for completing 6,194 hours of training throughout the year. Additionally, Company 11 received two awards in recognition of the crew’s efforts at the house fire in the 6400 Block of Inlet St. Met with heavy fire on arrival, E811B’s crew stretched a handline through backyards and into an active basement fire with smoke showing from all sides of the floor above. Providing medical care Crews were met with heavy smoke, intense heat and falling debris while they protected search crews from Co. 9 and 14 who were operating to locate the two trapped individuals. E811B crew extinguished all fire in the basement without a backup hoseline, then assisted in removing victims outside of the house and providing medical care. Lieutenant Federman also assisted TK809 and TK814 in the rescue of the second victim The crew’s actions, guided by OIC Lieutenant Mitchell Federman, directly benefited the outcome of the incident. Lieutenant Federman also assisted TK809 and TK814 in the rescue of the second victim, tying a harness for the victim using his personal webbing. Hall of fame members The first award Company 11 received was the Ambulance/Squad of the Year Harold L. ‘Doc’ Leonard Memorial Trophy for the crew’s efforts on the incident. The second award, the Firefighter of the Year Francis W. Xander Memorial Trophy, recognizes Lieutenant Mitchell Federman for his outstanding performance. Company 11 wishes to offer their congratulations to all of those honored and to the new hall of fame members, especially Chief Tommy Ray from the Greenbelt Volunteer Fire Department.