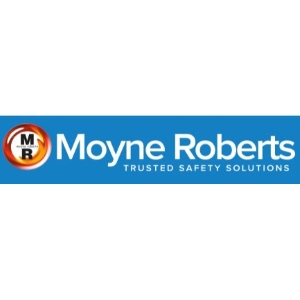 Declan is the Managing Director at Moyne Roberts and Apex Fire Ltd. He is persuing a high school diploma in Advanced Management Performance from UCD Micharl Smurfit Graduate Business School. 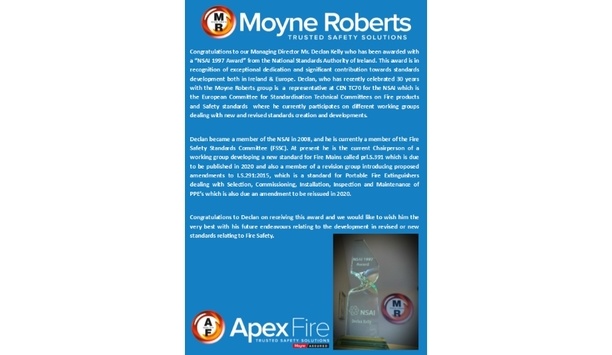 Declan Kelly, Managing Director of Apex Fire has been awarded with the NSAI 1997 Award from the National Standards of Ireland. This award is in recognition of exceptional dedication and significant contribution towards standards development both in Ireland and Europe. Declan, who has recently celebrated 30 years with the Moyne Roberts Group is a representative at CE NTC70 for the NSAI which is the European Committee for Standardization Technical Committees on fire products and safety standards where he currently participates on different working groups dealing with new and revised standards creation and developments. Declan became a member of the NSAI in 2008, and he is currently a member of the Fire Safety Standards Committee (FSSC). At present he is the current Chairperson of a working group developing a new standard for Fire Mains called prl.S.391 which is due to be published in 2020 and also a member of a revision group introducing proposed amendments to I.S.291:2015, which is a standard for Portable Fire Extinguishers dealing with Selection, Commissioning, Installation, Inspection and Maintenance of PPE’s which is also due an amendment to be reissued in 2020.