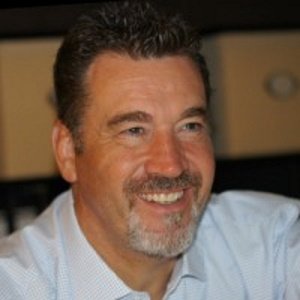 Simon Mellor is the Managing Director of Messe Frankfurt Middle East, Messe Frankfurt’s subsidiary in Dubai. Mellor was most recently Managing Partner at Oak Tree Event Consultants. Prior to this, he spent 13 years in various positions at dmg events, a trade fair organizer headquartered in London

As of March, Simon Mellor will be the new Managing Director of Messe Frankfurt Middle East, Messe Frankfurt’s subsidiary in Dubai. He will be taking over from Ahmed Pauwels, who has decided to leave the company for personal reasons. Trade fair management As Wolfgang Marzin, President and Chief Executive Officer of Messe Frankfurt, explains: “We are delighted to have secured Simon Mellor for our subsidiary in the Middle East. He has many years of experience in trade fair management and has an excellent international network at his disposal, particularly in the Middle East. As well as this, Simon Mellor has extensive knowledge of the relevant industry sector and region and has close ties with key multipliers and venue operators.” “We are also confident that his extensive management experience and his work in the area of business development and in launching new events will be a tremendous asset. Our efforts were geared very specifically towards finding a person with experience in senior management and regional project expertise that would complement the talent and potential that we have built up in the region to date and take it to the next level.” Proven event expert The Messe Frankfurt subsidiary organizes a total of 16 trade fairs in the Middle East region With British-born Simon Mellor, a proven event expert will be joining the ranks of the Messe Frankfurt subsidiary, which was acquired in 2002. Mellor was most recently Managing Partner at Oak Tree Event Consultants. Prior to this, he spent 13 years in various positions at dmg events, a trade fair organizer headquartered in London, most recently holding the position of President Middle East & Asia. Mellor began his career with Miller Freeman in London, prior to dmg events where he held senior position in Canada, London and Dubai, he has an Executive MBA from Hult International. He is married and the father of one child. The Messe Frankfurt Middle East portfolio includes Automechanika Dubai, Intersec, Light Middle East, Beautyworld Middle East and Paperworld Middle East. With a 145-strong workforce, the Messe Frankfurt subsidiary organizes a total of 16 trade fairs in the Middle East region. In event year 2018, 6,246 exhibitors from 60 countries showcased their products and services at events organized by Messe Frankfurt Middle East, while its trade fairs and conference formats recorded 140,685 visitors from 135 countries.