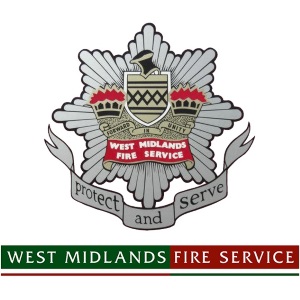 Sarah Warnes is currently working in the capacity of Area Commander for West Midlands Fire Service. 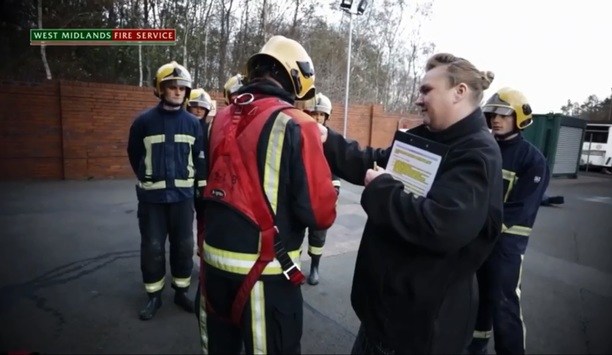 The West Midlands Fire Service is committed to attracting more firefighters who are women or from minority backgrounds has been praised by the Government. Only 5.2% of firefighters in England are women, and just 3.9% from a black, Asian or minority ethnic backgrounds (BAME). But, since we adopted a new recruitment approach in January, 33% of our successful candidates have been women and 32% BAME. By 2020/2021, the fire service is aiming for 60% of new starters to be women and for 35% to be from BAME backgrounds. On 23 August 2018, the Home Office launched a drive to increase the diversity of fire and rescue services in England. ‘Join the Team: Become a Firefighter’ campaign The ‘Join the Team: Become a Firefighter’ campaign starts with the release of a new fitness guide The ‘Join the Team: Become a Firefighter’ campaign starts with the release of a new fitness guide, simply explaining firefighter fitness requirements and giving potential applicants, including women, confidence to attend taster days. The guide makes it clear that the role is accessible to people from all backgrounds, with examples of the tests that applicants need to pass. Anyone can try out the recommended exercises at home, at the gym, or at their local park. Weights or special equipment aren’t needed to reach the required level of fitness. Decreasing the gender disparity in fire services Mythbusters and national role models will follow the release of the guide, aimed at changing perceptions of the role of a firefighter and attracting a more diverse workforce. In 2016/17, West Midlands Fire Service (WMFS) found that 36% of female candidates deselected themselves from the recruitment process at the physical assessment day stage. They later discovered these applicants did not believe they would be fit enough despite them engaging in regular exercise. Nick Hurd, Police and Fire Minister, said “Forget what you see on TV – being a firefighter is not always about carrying people out of burning buildings. Where fires have become less common, the role is becoming more about engaging with communities and doing work to prevent fires from happening in the first place”. Diverse workforce Nick said, “If you care about your community, and enjoy connecting with people, then give a taster day a go. I’m always impressed by the bravery and dedication of firefighters. But it’s time for the workforce to reflect the public it serves.” The West Midlands Fire Service’s approach to recruiting a diverse workforce now includes bespoke taster sessions for women, which provide a valuable insight into a firefighter’s role as well as myth-busting career advice and fitness sessions. The Home Office has said it was ‘what a future firefighting workforce could look like’. Targeted adverts on social media and pre-recruitment courses are also part of WMFS’s recruitment mix. Call for more women firefighters We want a workforce that reflects the working population of the communities we serve"WMFS Area Commander Sarah Warnes, who heads up our People Support Services, said “We’re proud to see more people from under-represented groups applying than ever before. We’ll continue to challenge outdated perceptions and break down barriers faced by people who could bring so much to this organization and their community but have never felt they could be part of this fantastic team.” Sarah further said, “We want a workforce that reflects the working population of the communities we serve, and so have seriously re-thought our approach. We’ve set ourselves challenging targets, whilst creating focus and understanding across the organization about what we want to achieve. This complements our ongoing support and conversations within the community about what it means to be a firefighter in the West Midlands.” Making fire services more accessible ‘Join the Team: Become a Firefighter’, which has been developed with support from the National Fire Chiefs Council, Local Government Council and Inclusive Fire Service Group, is designed to support fire and rescue services to attract a more diverse range applicants in their upcoming recruitment drives. Ann Millington, National Fire Chiefs Council (NFCC) Workforce Committee Chair, said “We have a number of highly inspirational female staff and we want to encourage more women to join the fire service. To do this we need to get away from the image of a male-dominated sector and masculine roles.The fire service is accessible to everyone, regardless of gender, background and ethnicity. While we are seeing the number of women in the service increasing, we want to ensure we are continuously building on this and developing a fire service which is representative of the communities we serve.”