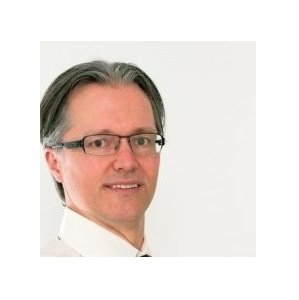 Philipp Zeissig is currently the Global Product Manager at Dräger.

The Polytron 8900 UGLD is an early warning system that quickly detects gas leaks in compressed gas lines and containers. The ultrasonic sensor allows the system to react more quickly than conventional gas detection technology, as it detects the sound of the leaking gases rather than the gas concentration of a gas cloud. Conventional industrial gas warning systems only detect gas leaks when the gas is in the immediate vicinity of the gas detection transmitter. This means environmental influences, such as wind, also play a role. They can delay or even prevent gas detection sensors from detecting a gas cloud. “In contrast, the Polytron 8900 UGLD is not hampered by these environmental influences and detects a gas leak on a compressed gas line as soon as the gas escapes,” explains Philipp Zeissig, Product Manager at Dräger. “An early warning system for leaking gas can prevent a plant or part of a plant from having to be shut down unnecessarily, thus saving time and money.” Clear measurement display The Polytron 8900 sensor is designed for “intrinsic safety” protection. It is an ultrasonic microphone and is resistant to water and dirt. The expected life span of the ultrasonic sensor is more than 10 years. For an easy interpretation of the results by the user, the Polytron shows the measured values in a range of 0 to 100 percent on the display. This scale covers the entire decibel measuring range. The ultrasound level is immediately displayed and transmitted. Alarms are configured for a certain limit above the existing background noise level. Detecting methane gas leaks Gases that are discharged from compressed gas lines or containers at above 2 bar generate both audible and inaudible noises in the ultrasonic range. Industrial noises primarily occur in the audible spectrum. The Polytron 8900 measures in the ultrasonic range and can, therefore, detect methane gas leaks of 100 g/sec within a radius of 15 meters, even in loud industrial environments.