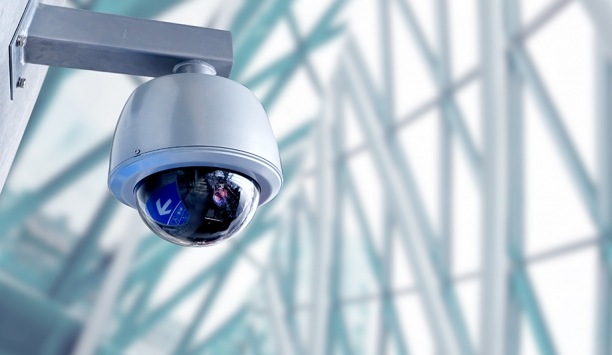 Video Image Detection technology is proving to more effective in early fire detection than conventional systems Video Image Detection (VID) is a new technology for detecting fires that enables fast and reliable response, effective fire protection in difficult applications such as large open areas and excellent value for money. VID can also provide CCTV images for security purposes which makes the technology more valuable as Mark Kendall of Fike Safety Technology explains. Unlike conventional fire detection systems, those based on VID technology use no traditional form of smoke, heat or flame detection device. Instead, VID systems work by automatically analysing images from CCTV cameras, looking for tell-tale characteristics in those images that indicate the presence of smoke and/or flames. The benefits of using video images for fire detection are immediately apparent. For example, the images from the CCTV cameras can be used for building security as well as for fire detection, thereby eliminating the need for a separate security CCTV installation. In addition, a single camera can cover a wide area, so fewer cameras are needed than conventional fire detectors to protect a given area. Key benefits of VID systems   One of the most important benefits of VID systems is, however, slightly less obvious. Conventional smoke detectors, which are at the heart of most fire protection systems, can only react to smoke when it actually reaches the detector. In situations such as those involving buildings with high ceilings, it can take a long time for smoke from a fire to reach the detector. Unfortunately, in some cases; the detector may never pick up fire smoke, thus rendering these conventional smoke detectors ineffective in providing an early fire response. VID technology is very effective because it is not necessary for the smoke to reach the CCTV camera in order to be detected In contrast, VID technology is very effective because it is not necessary for the smoke to reach the CCTV camera in order to be detected. All that is needed is for the camera to be able to see the smoke. While it may be argued that this is also true of projected beam smoke detectors, these provide a limited area of coverage. Projected beam smoke detectors are also often difficult to install in appropriate locations because of obstructions such as fittings and building structural members. Though aspirating systems offer another alternative, again, coverage can be limited and installation requires sampling pipes to be fitted around the area to be covered. How VID technology works   The attractions of VID fire protection are clear, but how does this technology actually work in practice? The first point to note is that there are two methods of implementing VID. The first method uses standard CCTV cameras – which may already be in place – in conjunction with a Digital Video Recorder (DVR) and VID software that analyses the images from these cameras to identify fire signatures. VID fire protection can be implemented by utilising existing surveillance cameras This VID approach works well and has numerous benefits if suitable cameras are already installed, but it is important to be aware of its limitations. If, for example, the DVR or the video analytics software running the image analysis crashes, the whole fire protection system becomes ineffective. Another issue is that existing security cameras are not usually wired with fire-resistant cables, meaning a failure to meet regulatory requirements for fire protection. The second method of implementing VID technology uses dedicated IP network cameras with in-built image analysis capabilities. Such cameras are typically linked via an IP network to a Network Video Recorder (NVR), situated at a monitoring station where its images can be used for security purposes. However, crucially, these cameras are also directly linked to a fire control panel. If the camera detects a fire, it will send an alarm signal to the panel, in the same way as a conventional detector would behave. There is no longer a single point of failure that can disable the whole fire protection system and, even if the IP network is out of action, the cameras are still able to send alarm signals to the fire control panel. Finally, because these dedicated cameras are installed with fire protection in mind, fire-resistant cabling can be used to link the camera to the fire control panel. VID technology is attracting a lot of interest from insurers, who see it as providing fire protection that is demonstrably superior to that provided by conventional systems. If, therefore, assets need effective protection, now could be a very good time to check out VID! Mark KendallFike Safety Technology