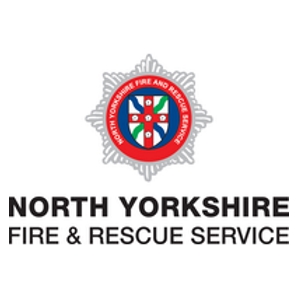 David Watson is the Station Manager at North Yorkshire Fire and Rescue Service. He is also working as a Fire Safety Co-ordinator at Drax Power.

North Yorkshire Fire and Rescue Service has served prohibition and enforcement notices to Sloping Tactic Limited for fire safety breach Fire safety inspectors from North Yorkshire Fire and Rescue Service recently received an anonymous complaint stating that the fire alarm was not working at the Lamb and Lion pub and hotel in Petergate. The building which is grade II listed is in the heart of the City of York and close to York Minster. A fire safety officer visited the building and found that the fire alarm system had been condemned by the fire alarm servicing company some days before their visit, and that despite this, rooms providing sleeping accommodation in the hotel were still being used. The fire safety officer deemed that the fire alarm system was inadequate as in the event of a fire there was a risk that people would not be given adequate warning, and that even with a night watchman it could not be guaranteed that all residents would be safe. There were also a number of other fire safety matters which caused concern including fire doors which were held open and the poor storage of combustible materials in a boiler cupboard and the basement area. The fire risk assessment had not identified all the problems despite the company being made aware of some of the matters which required attention. Prohibition notice for restricted access Due to the poor fire safety conditions found, a prohibition notice and an enforcement notice were served. On this occasion, the prohibition notice informed the responsible person that they must not allow anyone to sleep in the building. The rear ground floor area was also restricted from being used. The company running the business at the time of the incident was Sloping Tactic Limited part of the trading group HRH which is involved with hotels, pubs and apartments in North Yorkshire and the City of York.   At York Magistrates Court, Sloping Tactic Limited pleaded guilty to three contraventions of the Regulatory Reform (Fire Safety) Order 2005. The company director Mrs Aimee Louise Barker did not attend court. Sloping Tactic Limited was fined £110,000 and ordered to pay £2,863.59 in costs with a surcharge of £170. A total cost of £113,033.59. In handing down the sentence, the magistrate said; “We feel the operator fell well short of the required standard.” And “Deficiencies lead to a significant period of time where people were subjected to an unacceptable level of risk.” Enforcement action for fire safety violation Station Manager, David Watson of North Yorkshire Fire and Rescue Service said, “North Yorkshire Fire and Rescue Service almost always make a visit to a premises when reports of poor fire safety standards are made to us. Depending on what is found appropriate advice will be given to the business, informal action may be taken or in some cases such as this the necessary enforcement action will be implemented.” "Conducting or commissioning a fire risk assessment is the starting point for beginning to ensure that a building is or can be made safe for people in the event of a fire" “In this case following the inspection, prohibition and enforcement notices were served. An investigation was conducted because the fire safety problems were so serious. The responsible person had not given sufficient thought to what might happen if a fire had occurred. Conducting or commissioning a fire risk assessment is the starting point for beginning to ensure that a building is or can be made safe for people in the event of a fire.” “North Yorkshire Fire and Rescue Service will in most cases give responsible persons chance to comply with the legislation before taking legal proceedings. However, where cases are found where there is risk to life of death or serious injury in the event of fire, prosecution will be considered and where appropriate taken. In this case, the responsible person co-operated with the investigation and acted quickly to put things right, however the seriousness of the failings meant that a prosecution was appropriate.” Proactive fire safety management “Across the North Yorkshire and the City of York North Yorkshire Fire and Rescue Service find that many businesses and sole traders are proactive in managing their fire safety well. Sadly there are still too many occasions, like this case, where businesses are unaware or ignoring what they should be doing. As a service we provide free fire safety advice to businesses and the public. We engage with various trade organisation and individual businesses to raise awareness of best practice around fire safety. I would welcome ideas from anyone and especially businesses and sole traders as to how we as a service can best reach out and deliver our important fire safety messages. Improving the standards of fire safety and fire safety management will reduce the risk of fire and help to keep individuals and businesses safer.” North Yorkshire Fire and Rescue Service would like to remind business owners and landlords that it is important that they are aware of the legislative requirements they need to comply with including having an up to date fire risk assessment.