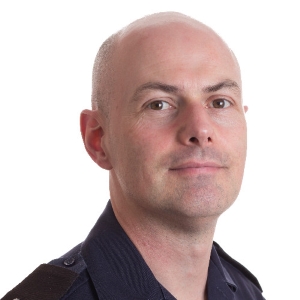 Colin King is working as an Area Manager at Kent Fire and Rescue Service. 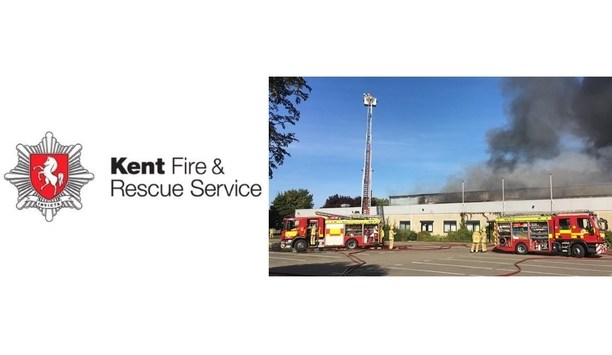 Hundreds of firefighters have been tackling a blaze at an industrial unit in Westwood near Margate since Saturday morning (15 September). When the fire initially broke out, 14 fire engines and more than 50 fire personnel were deployed to the scene. They were faced with thousands of bales of plastic wrapped waste alight inside a unit in Enterprise Way. And while resources on the scene have been scaled down since the original response, there has been a significant fire service presence throughout the incident. Five days on, crews remain on site where they are working hard to contain the fire, drag the rubbish out of the fire zone, dampen it down, turn it over and check for hot spots. Assessing the impacts of smoke The Environment Agency and Public Health England work with the fire service to assess the impacts of smokeDue to the size and nature of the incident, the fire service is set to be working on the site for some days to come. And the smoke from the fire that could be seen for miles initially remains in the area as expected. As crews drag and turn the burning material over, this may result in an occasional temporary increase in the amount of smoke coming from the site. As with any large fire, the Environment Agency and Public Health England work with the fire service to assess the impacts of smoke and whether or not it is necessary to monitor air quality. Various factors are taken into account including the nature of the fire, weather conditions and whether or not the smoke plume is at ground level. In the initial stages of this fire it was felt there was no need to monitor air quality and for people to follow existing public health advice. All agencies and local authorities remain in regular contact to monitor and review the situation. Working closely with partner agencies Throughout this incident, KFRS has worked closely with partner agencies: Kent Police, Public Health England, Environment Agency, Kent County Council, Thanet District Council and East Kent Hospitals University NHS Foundation Trust. Good progress is being made and we can assure local residents and businesses that we are working hard to put the fire out" Colin King, Area Manager at Kent Fire and Rescue Service, said: “Good progress is being made and we can assure local residents and businesses that we are working hard to put the fire out and get things back to normal for the community. But this is a long job, and we’re advising people to take note of the Public Health England guidance we have been sharing, which includes keeping windows and doors closed. “It’s normal for this sort of fire to burn for several days and so we’d like to ask people to bear with us while we bring it under control and make the scene safe. We’d like to thank all our partner agencies that have had a role to play, because while it’s our firefighters on the ground tackling the fire, there’s so much that goes on behind the scenes.” The cause of the fire is under investigation by Kent Fire and Rescue Service and Kent Police. Advice from Public Health England People living and working in areas affected by smoke should stay indoors and keep their doors and windows closed. Motorists who have to travel through the smoke should keep windows closed, turn off air conditioning and keep their air vents closed. Some of the substances present in smoke can irritate the lining of the nose, throat and lungs, the skin and the eyes. Symptoms may include coughing and wheezing, sore throat, feeling short of breath, runny nose or eyes or chest pain. In general, exposure to smoke is more likely to affect people who have existing breathing problems, lung or heart conditions. People who are generally fit and well are unlikely to experience long-term health problems from temporary exposure to smoke from a fire. The very young and very old, smokers, and people with flu or flu-like illnesses, may also be at greater risk after exposure to smoke from fires. To minimize your exposure, limit the amount of time you spend outside in the smoke. People with asthma who may be in the vicinity of the fire should carry their inhaler. If symptoms persist seek medical advice by calling NHS 111 or by contacting your General Practitioner (GP). If a medical consultant is already treating an existing health condition, discuss your concerns and symptoms with them. In the case of an emergency call 999.