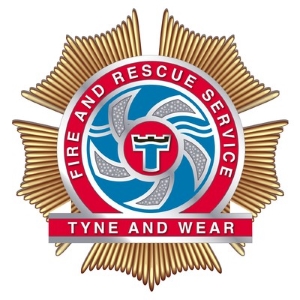 Chris Lowther is the Chief Fire Officer at Tyne and Wear Fire and Rescue Service. 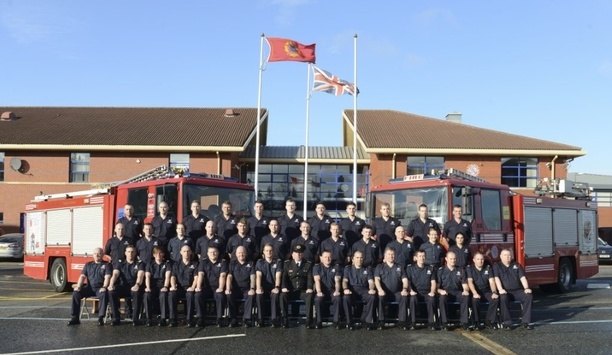 The first firefighters recruit course at Tyne and Wear Fire and Rescue Service in almost a decade draws to an end this week. After 15 weeks of intensive training, Recruit Course 49/18 will close this Friday. The 23 recruits had their Passing out Parade which took place on Wednesday 13 February. The Parade is a long standing fire service tradition allowing the successful recruits the opportunity to showcase a small selection of their new skills. This includes a number of fire ground scenarios and is followed by a presentation of certificates and course awards. Almost 5,000 aspiring firefighters applied in the first recruitment drive since 2010. Preventing emergencies and accidents They play an integral role in our community to help prevent emergencies and accidents occurring in the first place"TWFRS, Chief Fire Officer, Chris Lowther said: “Today, we have celebrated the transformation of 23 people into elite firefighters. Our firefighters don’t just fight fires and rescue people from road traffic collisions, they play an integral role in our community to help prevent emergencies and accidents occurring in the first place. They also help to educate children on the risks from fire, water and roads. “Throughout the past 14 weeks our recruits have been put through their paces and been trained at the highest level and their determination and hard work has paid off. It’s a proud day not only for the Service but the recruits, the trainers and of course their families who have supported them every step of the way. For the 23 who have had their passing out parade – this is not the end but the beginning.” Developing firefighting skills The cohort of 23 have all been given a job within TWFRS. Cllr Barry Curran, Chair of the Tyne and Wear Fire Authority added: “Huge congratulations to the recruits. It was fantastic to be able to see them put into practice what they have learnt over the past 14 weeks during their drill displays this afternoon. I wish them the very best as they continue to learn and develop their firefighting skills within Tyne and Wear Fire and Rescue Service.” In front of friends, family and dignitaries, the 23 recruits demonstrated their skills in three scenarios In front of friends, family and dignitaries, the 23 demonstrated their skills in three scenarios: a house fire showing a variety of firefighting and rescue techniques; an aircraft incident involving the handling of a crashed light aircraft rescue and a road traffic collision utilizing specialist rescue equipment used at road traffic collisions. Awards presented to the recruits Following the demonstrations the recruits were presented with awards. The Dan McCormack trophy was awarded to Annabel Crowther and is awarded to the student with the best theoretical results during the course. Lee Rukin received the George Maddox trophy which is awarded to the recruit receiving the highest theoretical and practical Breathing Apparatus (BA) marks. George Maddox, a former BA instructor and Station Officer, is remembered for his high standards and extensive knowledge in all BA related areas. The Silver Axe award is presented to the recruit with the best theoretical and practical results throughout the course across all disciplines and was also awarded to Lee Rukin. Daniel Claridge was awarded the Dusty Ashman Trophy which is presented to the recruit, who in the opinion of their fellow course members, has made the greatest overall contribution during the 15 weeks of training to become the ‘recruit’s recruit’. Next stage of training begins The final day of the course is Friday 15 February and following this, the 23 recruits will join their new watches and stations across the Service to start the next stage of their training and development. The stations they will be deployed to include: Newcastle Central, Byker, Tynemouth, South Shields, Sunderland Central, Farringdon and Gateshead. Recruits and station: 3 new firefighters at Newcastle Central 4 new firefighters at Byker 4 new firefighters at Tynemouth 2 new firefighters at South Shields 3 new firefighters at Sunderland Central 3 new firefighters at Farringdon 4 new firefighters at Gateshead 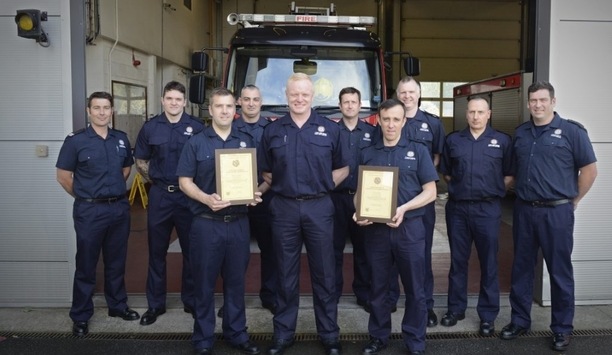 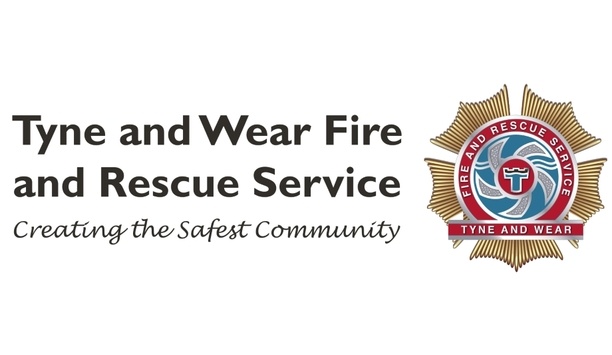 Her Majesty’s Inspectorate for Constabulary and Fire and Rescue Services (HMICFRS) has published its inspection report on Tyne and Wear Fire and Rescue Service (TWFRS). TWFRS was graded as Good in all three areas inspected. HMICFRS looked at how effectively and efficiently the Service prevents and protects the public from, and responds to, fires and other emergencies. It also examined how well they look after the people. In its summary the HMICFRS stated: “Overall, we commend Tyne and Wear FRS for its performance. This provides a good foundation for improvement in the year ahead.” Grades given on three areas of work HMICFRS graded the Service on three separate areas of work: Effectiveness (our emergency response and services we provide to the public) Good Efficiency (how we manage our finances and how efficient we are) Good People (our culture, training and how we treat our people) Good In particular, HMICFRS highlighted the Service for: Responding to fires – with one of the fastest response times in the country Knowing our communities – we have a good understanding of our local and community risk Protecting the public through fire regulation Providing an efficient service and making good use of our resources Responding to national risks Being good at looking after our people Passionate staff who are proud to serve their community Testament to professionalism and commitment I am pleased that HMICFRS has confirmed that we deliver a good service"TWFRS Chief Fire Officer, Chris Lowther, commented: “I am pleased that HMICFRS has confirmed that we deliver a good service – one that helps to keep the communities of Tyne and Wear safe. The fact that the Service has been independently recognized as a good service is a testament to the professionalism and commitment of everyone who works for us. “I believe this grading is a fair reflection of our Service and has only been possible because of the teamwork that is evident across our organization. “This is the first time in over a decade that fire and rescue services have been inspected, and it has been a very valuable process. Not only has it confirmed what we do well, but it has helped us highlight areas where we can get better. Improving the Service for staff and public I am very proud of the work they do every day to protect lives and ensure we deliver a professional and effective organization"“We also acknowledge that there are some areas of our Service that require further attention. We have already started to address these areas through our continuous improvement program and we are making strong progress. I am confident we will continue to improve the Service for staff and the public. “Our best assets are our people. I am very proud of the work they do every day to protect lives and ensure we deliver a professional and effective organization.” Delivering good service despite budget cuts Tony Taylor, Tyne and Wear Fire Authority Chair commented: “This is a great – if not remarkable – achievement. Those of us who are close to the Service know it continues to deliver a good – if not great – service to our communities despite disproportionate cuts to our budget of £25million since 2010. “We can only imagine how much better these grades would have been if we had benefited from a fairer funding formula. It’s a great tribute to Chris and everyone who works for the Service that their commitment and dedication to keeping the people of Tyne and Wear safe has received such independent recognition.” 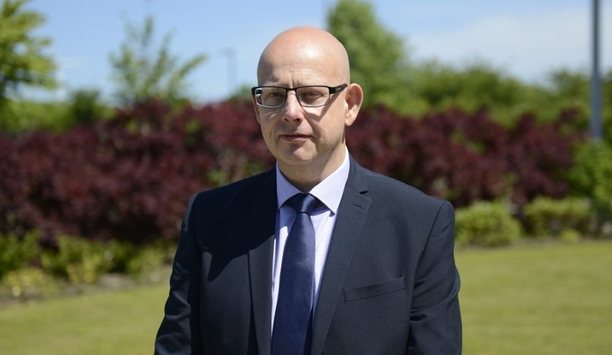 At Annual General Meeting of the Tyne and Wear Fire Authority, Councillor Tony Taylor was appointed as the new Chair. Tony has been a Councillor for Washington East in Sunderland since 2014 and is employed locally as a clamp truck driver. Tony has been a member of the Fire Authority since May 2018, and replaces the previous Chair, Barry Curran. Commenting on his appointment, Tony said: “I am delighted to have been appointed Chair of the Fire Authority. This is a new era for the fire service – as we await the results of our first inspection by Her Majesty’s Inspectorate of Constabulary and Fire & Rescue Services. This is a welcome step for all fire services. With the support of the HMICFRS we have an inspection regime that will help us to deliver an even better service for our communities.” Other appointments in the fire authority Cllr Nick Forbes was appointed as Vice Chair of the Fire Authority. As well as the appointment of a new Chair, there are some new faces on the Fire Authority. The new members are: Cllr Michael Butler – Sunderland City Council Cllr Alex Samuels – Sunderland City Council Cllr Janet Hunter – North Tyneside M.B.C Cllr Doreen Purvis – South Tyneside M.B.C Protecting communities of Tyne and Wear Chris Lowther, Chief Fire Officer commented: “I am looking forward to working alongside Tony in his new position as Fire Authority Chair. I know that he and our new and existing Fire Authority members will continue to support us in our delivery of a highly effective professional service to protect the communities of Tyne and Wear. “I would also like to thank our out-going Chair, Barry Curran for his contribution and members: Cllrs Bell, Perry, Harrison and Dame Vera Baird for the support they have given us throughout their time as Fire Authority Members.” 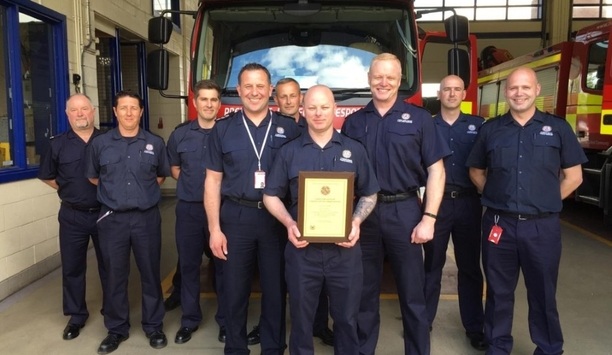 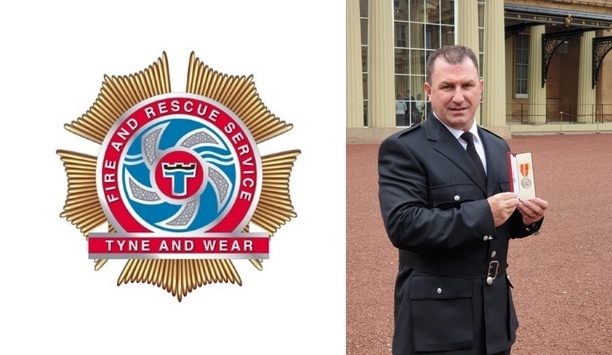 Earlier today, Firefighter Tommy Richardson was presented with the Queen’s Fire Service Medal for Distinguished Service by HRH Prince William at Buckingham Palace. Tommy is a member of the Byker-based Swiftwater Rescue Team who campaigns passionately to reduce drowning incidents. Reducing water-Related deaths When Tommy was named in the 2019 New Year Honors list, Chief Fire Officer Chris Lowther commented: “Tommy’s passion and commitment to ensure water safety is high on everyone’s agenda has left no one untouched. From our water safety demonstrations to our work with partners, businesses and like-minded charities he has led the way in trying to reduce water-related deaths. “Both as a firefighter and an educator, Tommy has been tireless in his water safety work and it is a privilege to have him as one of my firefighters. He has every attribute you would want in a firefighter; we and the communities of Tyne and Wear are very proud to have him as one of our own.” From everyone at TWFRS, congratulations to Tommy on this well-deserved honor! 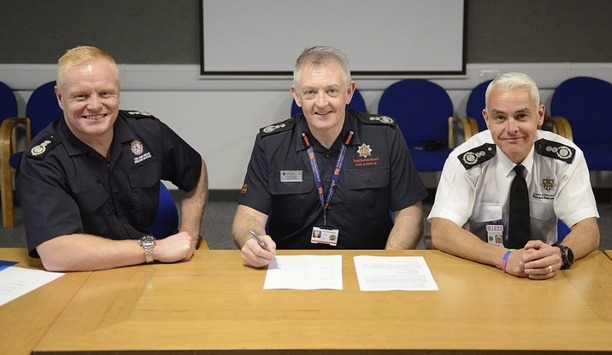 CDDFRS, NFRS And TWFRS Sign A Collaboration Agreement To Increase The Opportunities For Joint Working 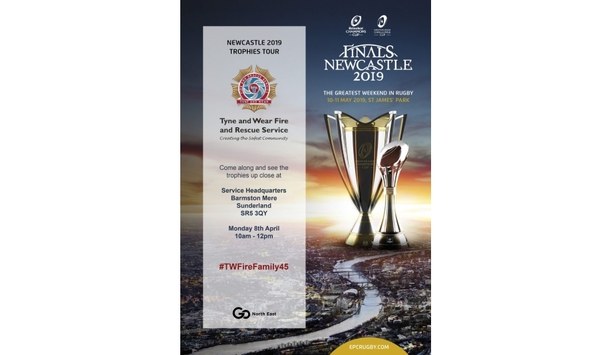