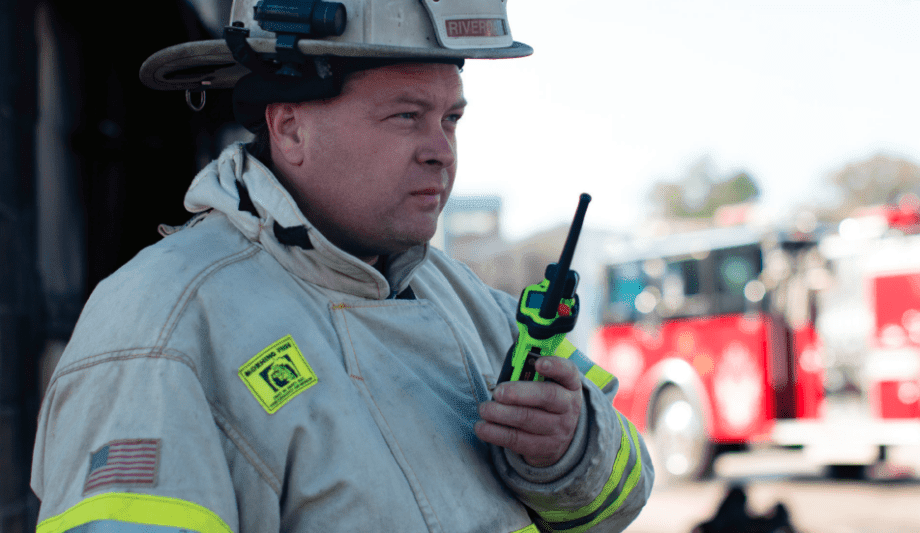 Just a few miles to the west, the Midlothian Fire Department, located in the village of Midlothian, Illinois, maintains two fire stations with 16 full-time and 16 part-time firefighters who respond to around 2,300 emergency calls per year.

Both the South Holland and Midlothian Fire Departments are part of the MABAS (Mutual Aid Box Alarm System) network, located within the US state of Illinois. MABAS was created in partnership with IEMA (Illinois Emergency Management Agency) to establish a statewide, mutual aid response system for fire, EMS and specialized incident operational teams.

Knowing how many firefighters are on the scene and their exact status during a fire is easier said than done. Fire departments in suburban Illinois were struggling with the implementation of personnel accountability solutions, with time-consuming, manual and inconsistent processes being the norm.

He adds, “We wanted to be able to account for all on-the-scene firefighters and enable them to receive and hear incoming safety alerts in the most chaotic of conditions, whether we’re battling a fire in our own village or providing assistance two towns over.”

Instant visibility regarding safety of firefighters

In the past, if a firefighter didn’t answer their radio, incident commanders didn’t know for certain if the individual was injured, the equipment was damaged or they’d simply turned their radio off to reduce chatter on the fireground. In treacherous firefighting situations, every second counts.

From incident command to the personnel on the front line, fire departments everywhere need faster, more reliable methods of determining when someone needs help and when they don’t.

Technology is an investment. The unfortunate reality is that some fire departments don’t have the budget to invest in technology and improve their fireground operations. Plus, there was a concern that introducing new, complex technology would require extensive on-site management, taxing financial and personnel resources even further.

“Fire scenes are complex and dynamic,” said Fire Chief Hotwagner, adding “We knew the more we could standardize our processes, equipment and communications, the safer our first responders would be.”

“Complex technology equipment can increase the administrative oversight required, along with the risk of potential failures,” said Bryant Krizik, Deputy Fire Chief with South Holland Fire Department, adding “We needed a reliable, simple-to-use solution that could be easily managed within the cost points that departments in our region can afford.”

In modern times, manual check-in processes are a thing of the past. Motorola Solutions partnered with Systems Definition, Inc. (SDI) to develop an innovative approach to personnel accountability. With Motorola and SDI’s solution, commanders automatically receive accountability information at the scene via a computer or tablet as soon as a firefighter turns on their APX radio.

With APX radios, firefighters have a voice communications and personnel accountability solution in one"

The system is based on SDI’s patented method of personnel accountability, using the portable radio as the firefighter’s accountability tool. It combines Motorola Solutions APX radio messaging and push-to-talk actions with fire department unit and member data to considerably enhance the speed and accuracy of firefighter accountability.

“With APX radios, firefighters have a voice communications and personnel accountability solution in one - they simply turn the radio on and they’re checked in,” said Midlothian Fire Department’s Fire Chief, Stephen Hotwagner.

Critical accountability information is displayed on a laptop in a single screen for incident commanders, integrating multiple tasks into one user-friendly interface. Having all of the information on one screen simplifies the task of monitoring multiple resources to keep the focus on ensuring firefighter safety. In addition to monitoring firefighter status, incident command can also perform robust accountability functions to aid in personnel monitoring.

The Personnel Accountability roll call function operates via a push-to-talk (PTT) button press acknowledgment rather than a verbal check-in. This information is automatically captured on the accountability screen and immediately displays if a firefighter does not respond. This eliminates the need for manual reporting, significantly reduces personnel accountability reporting time and reduces fireground radio traffic.

Since both the South Holland and Midlothian fire departments are members of Illinois’ Mutual Aid Box Alarm System (MABAS-IL), they had a unique opportunity. Along with other fire departments in neighboring towns, they could take advantage of their existing land mobile radio (LMR) radio frequencies to dramatically enhance day-to-day operations, supporting personnel accountability processes on the same mission-critical radio channels used for voice communications.

“With funding assistance, we were able to spread the costs among 30 fire departments, which made equipment purchases possible,” said South Holland Fire Department’s Deputy Fire Chief, Bryant Krizik, adding “As a result, we have a common accountability system to support 500 firefighters across two MABAS systems.”

Leveraging the Personnel Accountability application is now a routine part of every fireground operation, responded to by MABAS 24 and MABAS 22 fire departments.

“With 30 departments now operating on the same radios, we saw an opportunity to standardize our operating processes and on-the-scene protocols,” said Deputy Fire Chief Krizik, adding “We trained all of our staff about how best to communicate with incident commanders and other public safety officials, and the importance of following new safety procedures.”

“The APX Personnel Accountability System is on our mobile laptops running in the background, collecting data of our on-scene personnel. The system does not require added tasks to manage for busy incident commanders,” said Deputy Fire Chief Krizik.

The solution was recently put to the test at a large fire in a two-story residence. Firefighters were already inside when the safety officer arrived on the scene and determined the conditions inside the home were quickly deteriorating. The officer radioed the incident commander to evacuate, who in turn sent an evacuation tone to the firefighters inside the house.

Firefighters were outside the home within 30 seconds, an impressive time reduction for a procedure that can take minutes to complete. From there, the firefighters fought the fire from the outside to prevent it from spreading, with all personnel safe and accounted for.

“When we come together at a major emergency, we’re all checked in and communication is seamless,” continued Deputy Fire Chief Krizik, adding “First responders can collaborate on a single channel as needed or split off by department, with EMA and fire suppression using shared lines of communication.”

Instant access to fireground personnel status results in better decisions that lead to better outcomes, which help improve firefighter safety. In addition to accounting for all of their personnel, incident commanders can monitor battery life and view off-channel and radio power-down indications received from the firefighters’ radios.

“Firefighters are amazed! I can tell when their radio battery is low, if they switched to another channel or turned off their radio. And, I know their names and their departments, even from two towns away,” said Hotwagner, adding “It makes firefighters feel confident that they are being watched and accounted for.” 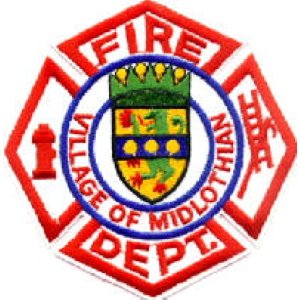 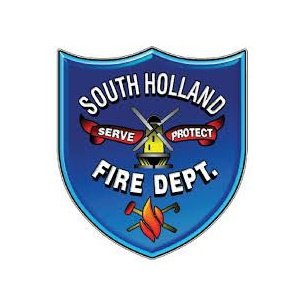 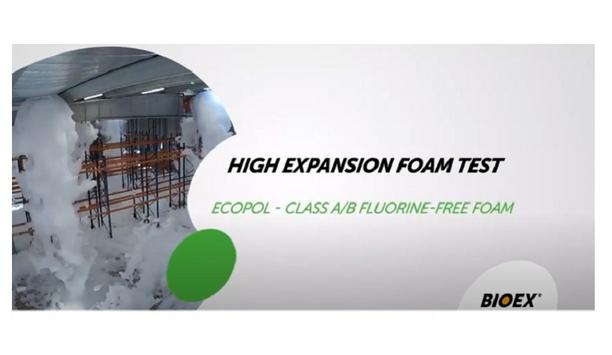 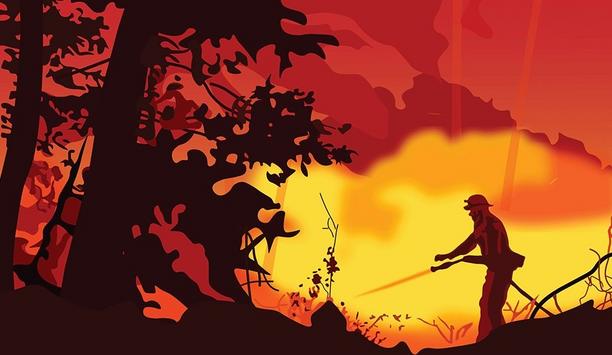 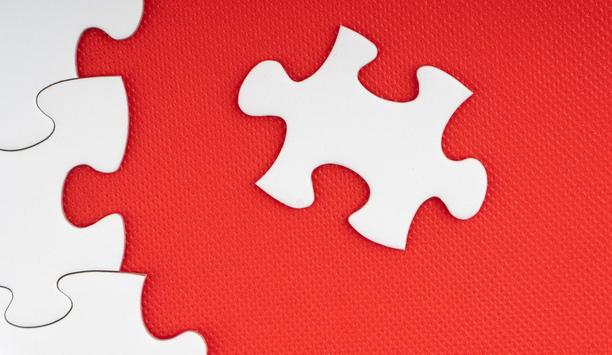 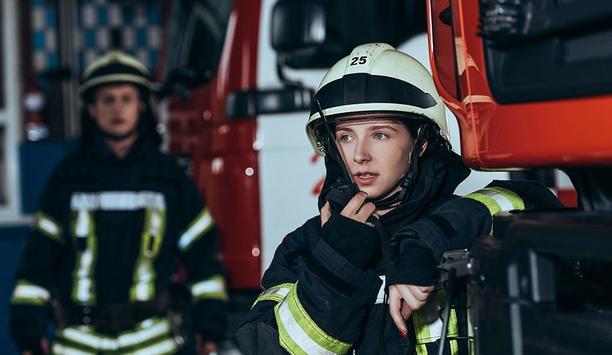 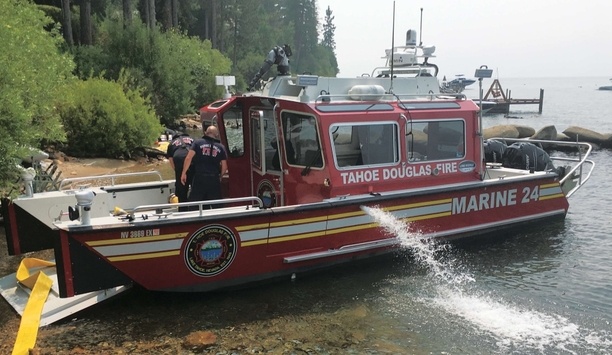 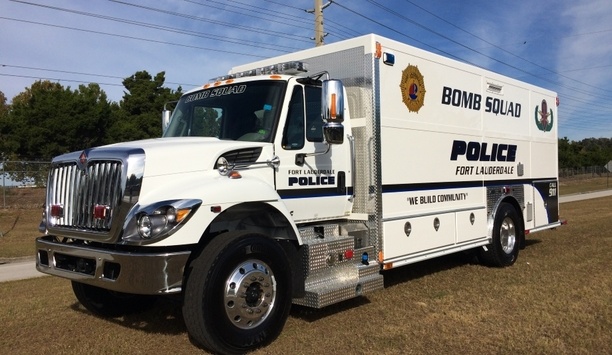 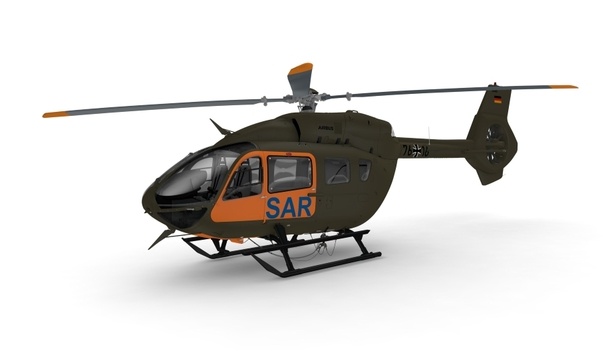